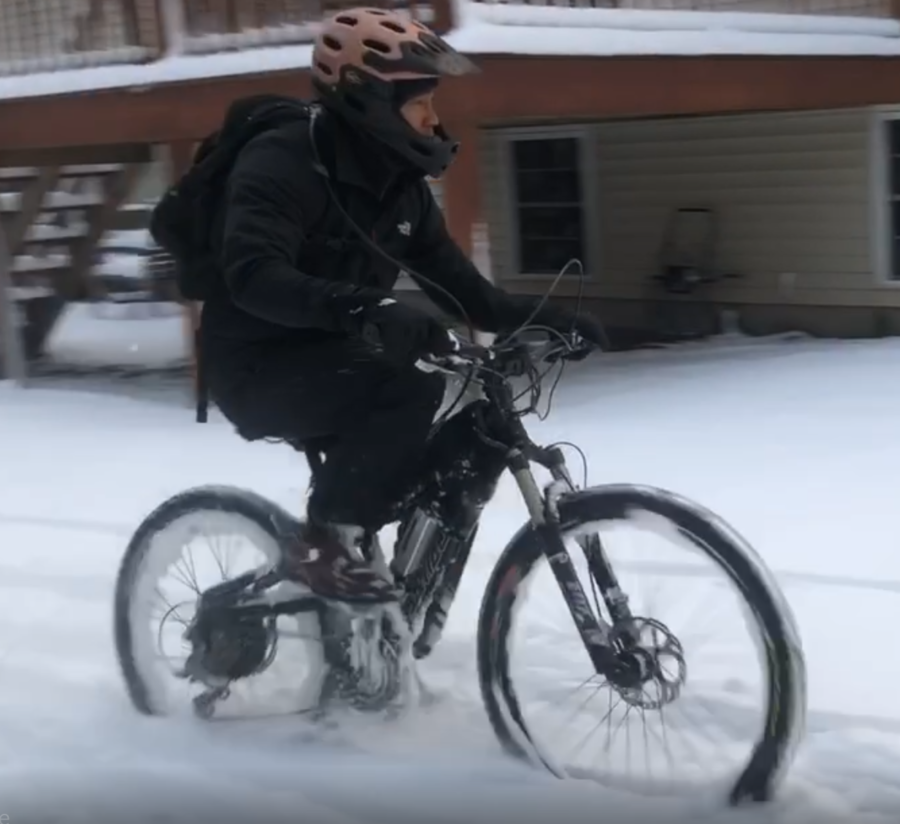 I had built a couple Ebikes from bikes I already had. I had purchased a frame and fork and built one from scratch, and I had purchased a new complete Ebike. I saw that a lot of DIY enthusiasts were building Ebikes from older models, particularly downhill, freeride, or enduro style bikes. New high end bikes like this can be very expensive, but after a few years the depreciation really kicks in. For the bikes that were 8-12 years old, these more aggressive varieties had slacker geometry since they had a downhill and aggressive focus, which was now more common on the newer bikes.

Also, the older styles tended to have straight down tubes, that could potentially allow a mid-drive like the Bafang BBSHD to tuck up nicely for more ground clearance. Some guys went all out and even cut the frame to really get the BBSHD mounted higher, but this was obviously a more advanced DIY technique.

I started browsing sites like pinkbike and eBay to try to find some great donor options. I have bought a couple of bikes, and converted one of them to an Ebike, but so far it’s been more of a learning experience. Now I have a couple better laid out plans to purchase a good bike for conversion. This is the hub motor version.

First the guidelines and preferred characteristics for a hub motor build:

There are less criteria compared to a mid-drive eBay build, because we don’t have to worry about the bottom bracket or the down tube as much. The one big factor will be having open rear dropouts, since most hub motors need open dropouts, although Grin Technologies has a few options. Looking back at the Grin page, I now have some ideas about maybe making an AWD bike with two geared motors, but that will be a different story. After my experience converting my Electric Enduro Bike aka EEB to a BBSHD mid-drive (article on the way!), I will be going the mid-drive route in the future and would be looking for thru-axles for the improved direct connection, responsiveness, and strength.

The one eBay build I did was based on a 2008 Santa Cruz Heckler I got in June of 2019. I paid $541 and it included a Fox Vanilla rear shock and a Fox RLC fork (150mm travel), headset, as well as a Shimano XT rear derailleur and cranks. I completed the build with Spank Spoon wheels, pedals, and the original stem and bars from my Giant Stance 2. I also bought a new set of Shimano XT hydro brakes front and rear.

The bike is pretty good, but I wish I had done a couple things differently:

Santa Cruz has a great online archive for older models with references on geometry, replacement parts, etc. Here is the link for the Heckler 6 page and a chart of the geo.

I installed the Mac read motor from my Stumpjumper build and it worked well. This was also the first bike where I used a backpack battery. I tried running it with both the 52V shark pack from Luna Cycle as well as the 72V triangle pack with GA cells (also from Luna). I mounted a 27.5 front wheel from my Giant Stance 2, trying to make it a little slacker by raising the front. This felt ok, but it made the bike really want to wheelie, especially with the 72V battery. In fact, I didn’t let other people ride it since I thought they might bite it. I almost did many times on the trails.

In the end, I broke the Heckler down and it’s now setup for my daughter to ride, since I adjusted her Commencal Junior HT for my son. The build worked and proved sourcing a donor from eBay was viable, but now I need to hold out for a better donor bike that will tick more of the preferred boxes. I did get to ride this one in the snow and it was pretty fun.