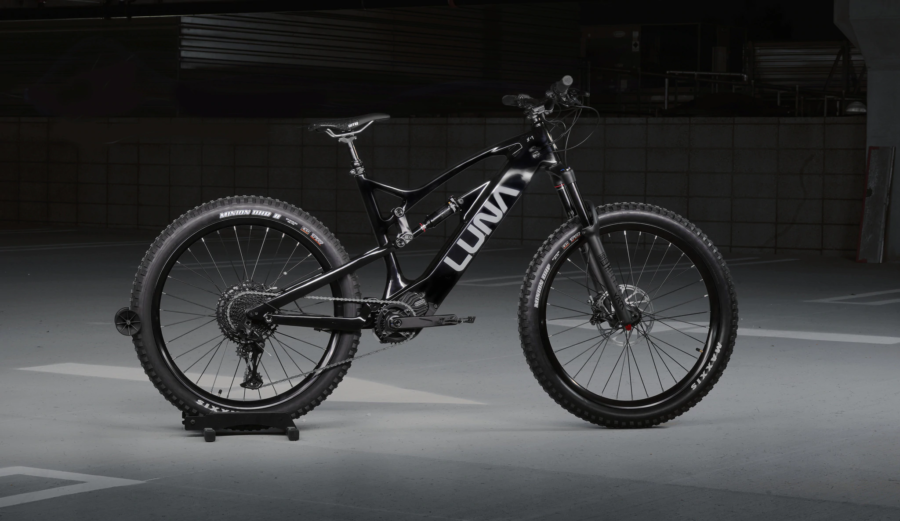 Out of the 6 or so Ebike builds I’ve completed, my current stable is down to the following “rideable” Ebikes:

My old Stumpjumper build is kind of in purgatory, need to fix a few things to get it back up and running. I may abandon it and use the motor to build a trike, but that’s another story.

I mostly ride my Ebikes on the trails I built in my backyard, or the local mixed use trails near my house. The latter are used by ATVs, dirt bikes, horses, etc. They range from singletrack to rocky fireroads, and there is not a lot of elevation change, but there are some short but fairly steep grades.

My initial builds based on the Mac geared hub motors did not have enough torque to deal with the hills. My EEB bike has lots of torque since it running 60A at 5KW max (72V battery nominal charged to 84.4V hot off the charger). However, the DD motor and the rest of the bike are pretty heavy, over 100 lbs. The weight distribution is also not ideal. I can pedal to help, but I currently have it running as a single speed, so my input is not tremendously helpful.

I have another article to talk about my plans to convert the EEB to a mid drive. This will help with hill climbing and I can also lighten up the bike significantly. I will keep it at 72V since I have the giant space for a battery, so that one will be my borderline electric dirt bike.

The Luna Luda is great since it has the mid-drive BBSHD motor that uses the 10 speed drivetrain. I can use the gearing to put it in a nice easy gear and go up most hills just spinning along happily. The overall bike has nice modern geometry and decent suspension with 160MM of travel.

There are a few downsides though:

If I could address these two issues, I think it would be nirvana! I think the Enduro type bike with 6 inches of travel is great. It would be overkill on these trails on an analog bike, but when you throw in the motor, it makes everything like downhill riding that benefits from additional travel.

Another thing about me, I like to collect and try different versions of things. I’ve had a geared hub motor (Mac), I’ve had a DD motor (Edge), and a mid-drive with the Bafang BBSHD. Bafang makes another motor called the M600, which is lighter and has a smaller form factor. Unlike the “univeral” design of the BBSHD kit, the M600 requires a frame designed to fit it.

Luna went and made a 2000W Ludicrous version of the M600, and even make a carbon complete bike based on modern Enduro geometry and design! Looking at the component spec, I might expect this bike to cost $3K + even without the motor. If you’re unfamiliar with the cost of higher end mountain bikes, it can be shocking. $3K is actually like a mid-range bike if you can believe it.

The BBSHD is a bigger motor than the M600 and has more torque. It is also known to be quieter, mine is practically silent. The M600 from Luna has a metal gear to increase durability, at the expense of sound. They do offer a high-tech “silent” plastic gear as a $200 option. I’m not too concerned with noise, I’ll definitely be quieter than the ATVs and dirt bikes I hear, but it is nice to Fly Under the Radar.

Anyway, the X1 seems to tick so many boxes for me:

I’ve put this bike in my cart several times, but I may need to pull the trigger soon. As of this writing (late Sept 2020), they are taking pre-orders for the next batch.

Unfortunately, at the time of this writing, I’m also recovering from a torn achilles tendon. I highly recommend not going through this if you can avoid it. I had the surgery on 9/1/2020 and currently in a cast until 10/2/2020. Then I will spend more time in a walking boot and start rehab. It’s going to be a long, tough road…

Bafang also make another motor that is “bigger” than the BBSHD called the Ultra and of course Luna sells a special lightweight magnesium version (3 lbs lighter!) in a higher end bike called the Apollo. It has 3 inch “plus” tires that are bad-ass on a sweet carbon frame. Even higher up the chain, Luna also sells the Apex, which is like a fat tire version of the Apollo and even sports a Rohloff internally geared hub. To a nerd 🤓, both of these are pretty awesome. The prices jump up though, the Apollo starts at $4900 and the Apex is unavailable, but priced at $6,199.95. I would love to get one of these at some point, just to satisfy my collector cravings, but I think the lighter weight and tossable X1 will fit me better when I can ride again.

Another option will be to build my next Ebike. In another article, I will share a formula to use that involves eBay finds from a few years back that are well suited to a BBSHD conversion. I’ve attempted to do this, but haven’t completed one successfully yet.