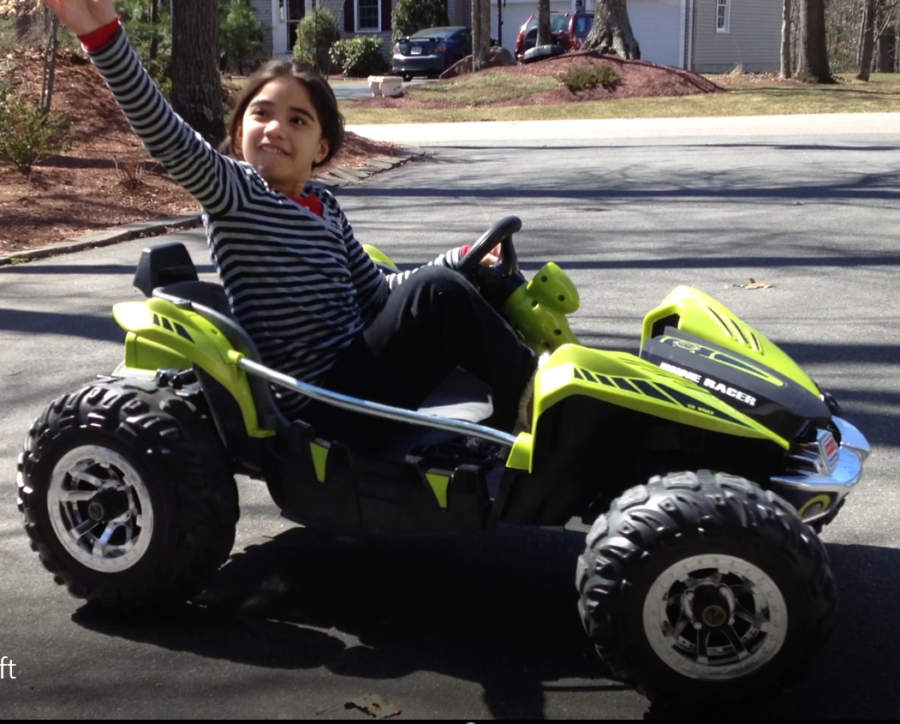 We purchased our Power Wheels Dune Racer aka the “Green Machine” back in 2013. I immediately upgraded it to 18V by adding a 6V Power Wheels battery in series. There is a compartment in the front that seems to be designed specifically for adding another battery. It is possible to splice the battery into the existing wiring, so that the change can be easily removed. For example, you may want to make a warranty claim. I never worry about things like this, everything is at your own risk as far as I’m concerned.

I decided to revamp the Dune Racer in 2020, as a project during the global pandemic since we’re all stuck at home anyway. My son is also 10 years old now, and showed more interest in driving it.

The original 12V battery still worked, but the 6V one was dead. It’s not a great idea to mix voltages when connecting the batteries in series, so the first thought was to bump upto 24V. “F*** it if it can’t take a joke”, right???

After some research, I found these ExpertPower 12V 9A SLA batteries on eBay:

They meet the specs of the Power Wheels battery, at a much smaller form factor. They have generic positive and negative terminals, so I was not tied to the proprietary Power Wheels chargers. Of course, I now needed a charger that would work with generic terminals, so I spent a little more to get a flexible smart charger that I may be able to use on other batteries as well. I settled on this NOCO genuius 2 and it’s been great (also from eBay):

Back in 2013, I hadn’t been concerned about not having an inline fuse, but I should have been! Learning from the error of my ways and to simplify the upgrade, I purchased this SafeAMP Wire Harness Connector kit from eBay to make use of the existing Power Wheels connectors to be spliced into my new battery. If I were budget oriented, I would have made my own, but I am not looking to do this as cheaply as possible and this product works great and adds the necessary fuse:

Once everything came in and I gave each battery a fresh charge, it was time to hook it up. I had to jar my memory and do a quick google search to recall that I wanted to connect the + terminal on battery 1 to the +connector and the – terminal on battery 2 to the – connector. Then I had to connect the – terminal on battery 1 to the + terminal on battery 2. Got that? Series is basically + to + and – to -. If I wanted to double the battery runtime, I could either hook up one battery at a time and swap them, or connect them in parallel. For the larger eBike packs, they give a notation like 14s2p, which means 14 cells in series to raise the voltage, then 2 sets of these in parallel to double the runtime. For Lithium Ion cells the fully charged voltage is 4.2V, so 14 cells in series = 14 * 4.2 = 58.8. This is the max charge “hot” off the charger. The nominal voltage is 3.6 or 3.7, so the pack would be called a “52V” pack… Anyway, this is the topic for another post. The smaller batteries both fit in the spot where the OEM 12 V battery fit with some room to spare for the wiring harness.

So, how did it work? Well, 24 V is a little too much for the stock motors. I used to drive the green machine back in 2013 since I’m fairly small, but now it overheats and shuts down when I try to drive it. My son can drive it and it is fast. He can get a little drift out of it, but maybe not as good as my daughter did back in the day. The motors smell and are pretty hot after running for awhile, to their life is clearly shortened.

I did find this company that sells upgrade motors and gearboxes designed for 24 V. Hmmmmmmm, maybe then topic for a future article (and a way for me to ride this thing!)